I have another quick tutorial for you using Shimmerz products.
I created this layout last week and used custom made coaster alphabet for the title... 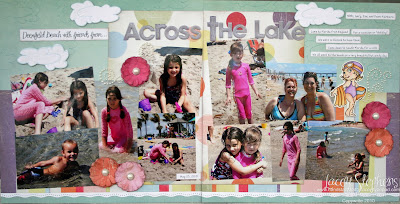 Here's a close up view of part of the title... 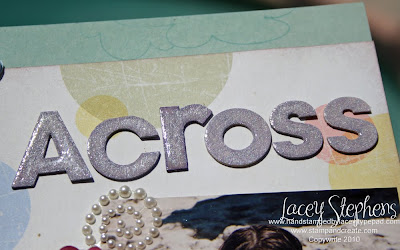 You can see the shimmer from the Shimmerz Vibez as well as the shine from the Glossy Accents to make this appear like glittery epoxy stickers.
To get started, I die cut my letters from a cuttlebug alphabet die from lightweight coasters. Then I evenly sprayed Shimmerz Vibez (Princess) on each letter... 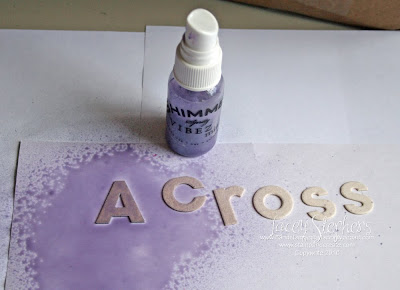 In the picture above, I had only started. You would add more Vibez to completely color the coasterboard. I let it sit over night, but it doesn't take that long
After it dried, I added some glossy accents... 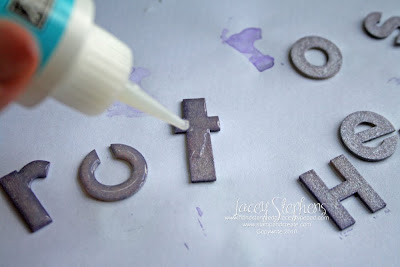 In the photo above, I have covered the "r", "c", and half of the "t" with the glossy accents. The remaining letters to the right are just covered with the Shimmerz Vibez.
Here's a closeup of another title I created with the same Vibez... 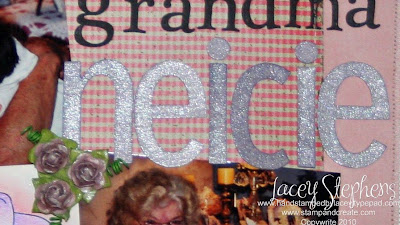 The above picture was taken with a flash so you can see the shimmerz well. These letters only have the Shimmerz, not the glossy accents for a different look.
I hope that gave you another idea of what you can do with Shimmerz products!
Happy stamping!
Posted by Lacey Stephens at 4:15 PM

Thanking for your comments stamping friends!! 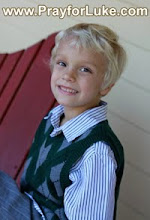 Stamp and Create.com is an on-line store based in the US. We have free shipping for US orders over $60 and low shipping rates for international orders.
Some of the companies we carry are: Magnolia, Wags 'n Whiskers Rubber Stamps, High Hopes Rubber Stamps, Whiff of Joy, Ribbon, Charms, and more!